Here’s What Really Happens When You Save Water, According to Experts

Here’s a staggering statistic: More than two trillion gallons of water are lost in the United States every year due to leaky pipes in the country’s infrastructure.

According to Home Water Works, about a quarter of each American’s daily indoor water use occurs in the bathroom. The good news is that by doing something as simple as replacing an inefficient showerhead with a WaterSense®-labeled showerhead or handshower, you can reduce your water waste without ever sacrificing comfort or style. And outside the shower, upgrading with high-efficiency toilets and faucets can almost cut your water usage in half. 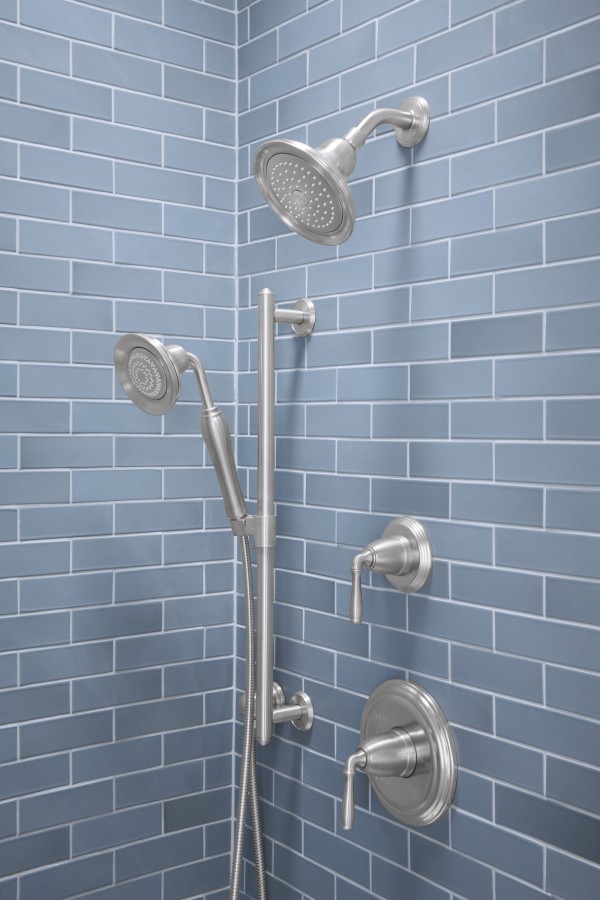 We talked with John Peach, the executive director of the Upper St. Lawrence Riverkeeper in New York, and Patricia Shulenburg, an ecologist and the organization’s program manager, to learn how daily habits can affect the amount of water we waste or save, and to hear tips on how to be more environmentally sustainable with the water we use.

There are a lot of things that we don’t see in the water we flush down the drain or the toilet, Peach says. While we can’t see chemicals such as nitrogen and phosphorus or bacteria that can be in wastewater, “We can see the effects that come from it.” He says that New York state has had a significant increase in harmful algal blooms due to nutrient loading, for example. These algae infestations grow in rivers, ponds and lakes as a result of wastewater runoff, and invite invasive species that thrive off the surging nitrogen and phosphorous. So reducing the amount of water per flush is important in lessening the impact of chemicals on the waterways. 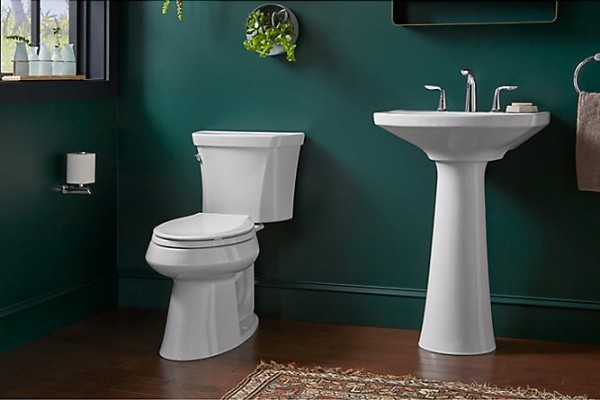 Shulenburg advises that toilets with dual-flushing capabilities can help, because they provide the option to flush solid-free wastewater, reducing water output by 75 percent.

The designers behind the KOHLER® Highline toilet, which uses only one gallon per flush (far less than the federally mandated cap of 1.6 gallons), realized early on the importance of a reduced flow, and sought to retain the KOHLER brand’s powerful flush with reduced water output. They found that by sending water through a smaller valve with more pressure, not only were they able to achieve a more powerful, complete flush, but they could do it with less water.

When you start a shower, it takes time and energy to heat the water to a comfortable temperature (especially in colder months). “In order to run water up into houses, and then later take it down, it all takes electric energy,” Peach says. “When using conservation techniques, we end up using a lot less power and a lot less pollution gets out into the air and out into the water. It’s a total conservation cycle, it isn’t just water.”

Additionally, it takes a lot of fresh water to produce energy, so the more energy we save, the less fresh water gets consumed. Essentially, saving water saves water.

And It’s a Simple Fix

According to Home Water Works, the average shower in the United States consumes 17 gallons and lasts around eight minutes, which is why you should pay attention to your showerhead’s flow rate. KOHLER WaterSense-labeled showerheads, such as the Exhale® B90, have flow rates as low as 1.5 gallons per minute, and as Peach says, this fix is as easy as, “Buying one and screwing it on — oftentimes it cuts your water output by 50 percent.”

While we’re on the subject of showers, Shulenburg recommends setting a timer when taking a shower because, as we’ve seen above, every minute counts in gallons. “And make sure, as best as you can, to try and adjust the temperature so that you’re not using something that’s too hot, which takes a long time to warm up,” she says.

With its digital, intuitive interface the KOHLER DTV Prompt® shower system comes with features that allow you to limit the maximum temperature your water can reach, heat up your water without wasting it and set a timer to count your shower down.

When you reduce your water usage in the bathroom, you reduce your personal impact on an entire ecosystem. With Kohler's sustainable products, you can indulge while still doing your part to help the planet.

HOW TO SAVE WATER AND LOVE YOUR BATHROOM